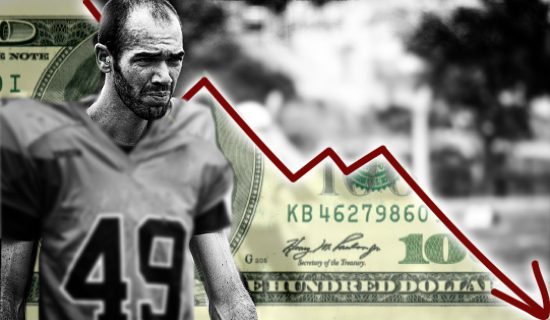 Many people know the large amount of money football, basketball, baseball and other sports professionals make.  What is interesting is that many of these professionals end up going broke within a matter of years.  Having credit cards with huge credit limits often starts some athletes off on the wrong road; eventually requiring debt negotiation and settlement with creditors.  To go from millions of dollars to filing for bankruptcy seems to surprise many.  However, it is all too common.

Athlete Being Too Trusting is Typical Mistake

Many athletes simply don’t know what fee standards are and don’t think to ask.  Advisors sometimes simply charge athletes more for their services than they would others.  Some financial advisors prey on athletes’ lack of financial knowledge.  In the end, it’s the athlete that pays.

Poor choices range anywhere from pyramid schemes to investing in restaurants and bars, which end up failing for various reasons.  Athletes are often approached by people with investment opportunities, and some of these people mislead or manipulate information.  Often the allure of creating something or being part of something like a hotel is too much to turn down, and it usually ends in athletes losing a great amount of money.  Sometimes the financial choices include buying multiple cars and pieces of property, and the athletes spend lots of money on taxes and insurance for vacation houses or cars they never use.

Other problems that arise for athletes are divorce and paying for child support.  Many athletes do not sign prenuptial agreements before they get married and as a result, they lose quite a bit of money when they get divorced.  If an athlete has children, they can be ordered to pay large sums of money every month for child support.  There have even been some athletes who have been unable to pay child support and have subsequently served jail time.

The other important thing to remember is that many athletes are only paid large amounts of money for a short period of time.  Afterwards, many athletes hope to live off the money they earn while playing, so they attempt to invest their money.  Interestingly, some of the financial problems do not arise until after they have retired from professional sports. Without any steady income, many athletes find themselves with huge amounts of debt that they cannot pay off, and bankruptcy is the only option.  From the “Big Time” to bankruptcy, some athletes truly experience the extreme highs and lows of fortune and fame. 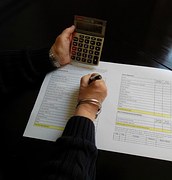 Fortunately, many professional sports leagues and other institutions conduct financial budgeting seminars and offer consultation advice to athlete.  While certainly not eliminating the problem, these free services have helped many athletes avoid the pitfalls and better prepare for life after the sports glow has faded.