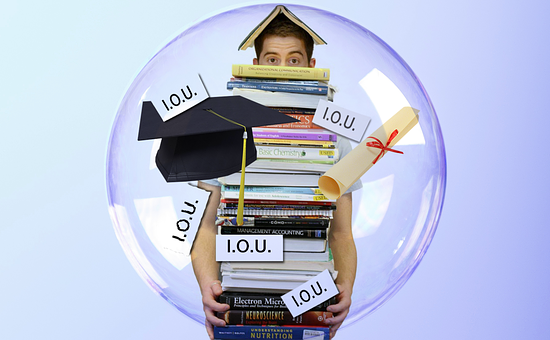 Tens of thousands of people who took out private student loans to pay for college but have not been able to keep up payments may get their debts wiped away because critical paperwork is missing.

These loans – totaling over $5 billion – are at the hub of a legal dispute between the student borrowers and a group of creditors who have aggressively pursued them in court after they fell behind on payments.

Judges have already dismissed dozens of lawsuits against former students, essentially wiping out their debt, because documents proving who owns the loans are missing.  Many collection cases have incomplete ownership records and mass-produced documentation. 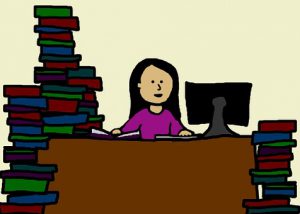 Some of the issues in today’s $108 billion private student loan market remind us of the subprime mortgage fiasco 10+ years ago, when billions of dollars in subprime mortgage loans were ruled uncollectible by courts because of missing or fake documentation.  And like those troubled mortgages, private student loans — which come with higher interest rates and fewer consumer protections than federal loans — are often targeted at the most vulnerable borrowers, like those attending for-profit schools.

National Collegiate Student Loan Trusts is an umbrella for 15 trusts that hold 800,000 private student loans totaling $12 billion, making them one of the nation’s largest owners of private student loans.  It is trying to prove in court that it has the legal paperwork showing ownership of its loans, which were originally made by banks and then sold to investors

More than $5 billion of that debt is in default, according to court filings.  The trusts aggressively pursue borrowers who fall behind on their bills.  Nationwide, they have brought at least four new collection cases each day, on average — more than 900 this year thus far — and tens of thousands of lawsuits in the past five years.

In any case, dealing with debt collectors can be difficult at best; and at worst, you find yourself the victim of threats and other predatory practices. 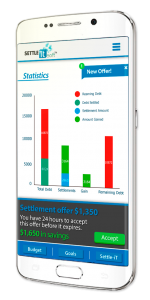 Free Help is Available Online or via Mobile App

SettleiTsoft® is a free debt negotiation software platform that allows consumers and their creditors to communicate in a secure virtual environment; thereby stopping harassing collection calls.

Now in Beta Release and accessible via the Internet or Phone App, SettleiTsoft replaces the traditional methods of debt settlement with an interactive and transparent debt settlement process that gives consumers complete control of negotiations as to the terms of their debt settlements and creditor payment agreements.

In addition, the system has the capability of validating that the creditor is indeed authorized to collect the debt; thereby eliminating scammers who falsely claim the right to collect the consumer’s debt, as well as others who cannot produce the paperwork necessary to prove ownership of the debt.

Since the software is particularly easy to use with step-by- step instructions and topic-specific videos in every section, consumers can quickly become their own super-efficient debt settlement agents, eliminating costly intermediaries, and begin retaking control of their financial lives.

To learn more about this intuitive free debt settlement software platform, its powerful financial management tools, and how it may help anyone with monetary problems, visit www.settleitsoft.com.