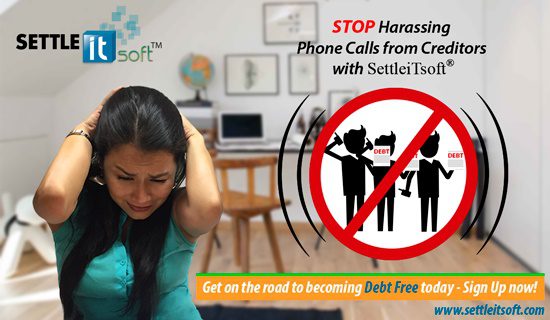 The CFPB results showed that more than 70 million consumers are in the same predatory collection boat!

There is not such a thing as an easy way to deal with debt collectors predatory collection practices. Most of us who has been in some way affected by the rapid changes in the economy had face somehow that phone ringing constantly. If you are of those consumers in financial distress, don’t feel ashamed or embarrassed for your financial situation because you are not alone!

According with the Consumer Financial Protection Bureau CFPB survey which it was released on January 12 2017 shows a wide spread predatory debt collection practices which are threatening consumers in debt crisis. The watchdog agency is heavily considering strengthening regulations of the debt collection industry and the way their business is being conducted. The same agency has clearly identified that more than a quarter of the surveyed consumers felt intimidated and threatened by the debt collector’s practices. This surprisingly move come at a time when the future of the independent agency has been in question after the U.S. elections results.  The incoming Donald Trump administration and other Republicans have vowed to undercut the agency.

The CFPB results shows that are nearly 70 million Americans who have been contacted by debt collectors with some kind of predatory collection practices in the regular basics. These debt collector’s companies are often hired by banks and other creditors to pursue repayment of a contractual debt obligation.  In the Evolutionary Chain of a debt obligation, the CFPB’s survey has founded that original creditors often sell their debts in the secondary market to one of 6,000 or more debt collection companies in the US. Despite all efforts to regulate this very cumbersome industry, the consumer data is very often false; therefore, consumers are contacted about the wrong amount of debt, or about other debt obligations they aren’t aware of.

This has been the most common issue that people complain about when they have enrolled in a debt negotiation process through commonly known debt settlement companies.  The debt collection and, its well-known nemesis, debt settlement, are a huge market with real, persistent and disturbing problems for most of the consumers in financial distress. As the most current results shows, the bureau has amassed more than 129,000 debt-collection complaints in its database and the number keeps growing swiftly.

About 53% of the consumers have reported being contacted with incorrect information or the wrong amount of debt.  Other common issue by the consumers reported in the bureau survey is the inconvenient times debt collectors used to contact them; this number is about 36 % of the survey’s respondents and 40 percent said they were often repeatedly contacted by the same collector after they have requested to not do so. The CFPB states that most of this actions are in possible violation of the laws to prevent the harassment and abuse of consumers.

There is a constant statement through the CFPB survey – Debt collectors are becoming incredibly aggressive in their Predatory Collection Practices. Some of the most noticeable facts were:

— About one-third said the collector had called them between 9 p.m. and 8 a.m,

Debt Collection is a Big Problem

Federal regulators keep rules and regulations to ensure that consumers are treated fairly; however, when it comes to the way in which debt is sold and transferred among collectors there is a growing concern.

The CFPB also released a PDF report on the risk of the online debt sale market. Showing that noting but potential risks to consumers’ personal information is occurred when debts change hands. The sale of debts is not an uncommon practice according with the CFPB report.

What can you do?

If you are in debt and feel obligated to being delinquent on your contractual debt obligations, you must be aware that debt collectors can be very aggressive while seeking repayment of the debt. They just won’t leave you alone and keep coming back. They will go around all possible techniques to make you paid and it is very possible that they may even harass you for debts you don’t owe.

As recently, consumers have too often been subject of the harassment and predatory practices of the debt collection and settlement industry with few resources on their side. However, all consumers have rights under the federal Fair Debt Collection Practices Act. In simple terms, you don’t have to suffer abuse due to being delinquent on your contractual debt obligations.

Settleitsoft Inc., a revolutionary software development company have combined cutting edge technology with consumers’ legal rights to give them an effective way to negotiate debt settlement arrangements without the harassment associated with the debt collection practices.  The software platform SettleiTsoft® will bring peace of mind and relief to consumers by tilting the debt settlement process in their favor and stopping common harassing collection methods.

Under the Fair Debt Collection Practices Act (P.L. 95-109), debtors have the right to request in what manner and when creditors shall contact them. In utilizing the SettleiTsoft platform, debtors are establishing this electronic method of communications as their preferred manner of negotiation, which should cease collection phone calls from debt collectors.

Learn about your rights

One of the very first thing all consumers in financial distress must do is familiarize themselves with the Fair Debt Collection Practices Act and the Federal Trade Commission’s regulations. For example, debt collectors are prohibited from predatory collection practices behaviors including threatening violence or harm, or using profanity. They are also specifically prohibited from calling you at inconvenient times, unless you agree to that contact.  Therefore, in the next debt collector call, tell the creditor that you are aware of your rights under the act.  SettleiTsoft helps you to communicate and negotiate the outstanding debt obligation with your debt collector at any time without the pressure of being harassed.

Keep in the habit of verify any information

As it has been stated in the CFPB survey, half of consumers contacted about a debt obligation in the past year claimed they were given inaccurate information about the amount of money they owed.

Under the federal and state laws and regulations, a debt collector is legally required to follow up their phone call with a written notice detailing the debt. Keep in mind that just because a debt collector is trying to collect a debt a consumer is not obligate to pay right away.  There are all kind of debt collection scams, so it’s important to verify that both the debt and the collector are legit before making any arrangements to pay the debt. SettleiTsoft requires a validation and verification process form all your creditors, so it helps you to have a better knowledge of the debt collector you are negotiating your contractual debt obligation while protecting you against most common predatory collection practices.

Keep track of all your communications and take notes

It is very important to log every contact from your debt collector, including the agency name, the various phone numbers they have called from, the time of the calls and the name of the executive representative you have created some report. Always take notes on what was said, not matter how simple it is. The record-keeping may be helpful to prove if you need to report the collector’s behavior with the state or federal law enforcement organization.  SettleiTsoft maintained track of all communications between you and your creditors, which can be conveniently accessed from anytime when it is required. Remember that once you have established the virtual channel of communication between you and your creditor all data may be admissible in court, which it will make easier to prove any type of predatory collection practices from your creditor.

You are a debtor so don’t hide; it won’t be helpful in the long run.

When a debt collector calls, don’t let them push you around by their predatory collection practices. You must understand that if your owed money, your creditor has the right to collect. But this process must be performed according with the properly laws and regulations. Therefore, be the squeaky wheel if your feel that your rights have been violated. Complain to the CFPB and your state attorney general about any debt collection abuses you encounter. There have been many cases where the government has taken action against common predatory collection practices.

No one should be surprised that debt collection practices generate more consumer complaints than any other financial service. Debt collector’s executives are compensated on performance, which is based on how much money they collect. Therefore, the high commissions incentive can create the kind of serious problems in this multi-billion dollar marketplace. Because people have little or no say over who does business with after the original creditor sells the debt, the risks to the consumers are magnified exponentially.

SettleiTsoft has been designed to help consumers eliminate traditional predatory collection practices while shifting the paradigm of the traditional debt settlement industry.  SettleiTsoft is automated, intuitive and user-friendly.  Accessible 24/7 across most Internet devices, the platform enables debtors to electronically communicate and virtually negotiate with their creditors in a secured virtual environment.

The Patent Pending software contains step-by-step assistance throughout – with topic-specific videos and written instructions in every section of the system.   In addition, SettleiTsoft provides myriad debt relief alternatives to those consumers – whose monetary crisis goes beyond the use of financial tools and debt settlement programs – who just want to control and better manage personal finances.